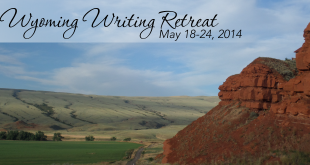 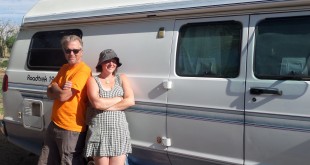 There’s a pervasive spirit out west that celebrates and immortalizes its scofflaws and outlaws. Josie Morris, a cattle rustler and bootlegger, is even immortalized at Dinosaur National Monument, where her cabin is an interpretive site.

I visited the Wyoming Frontier Prison Museum in Rawlins on a recommendation from Roadside America, which celebrates roadside kitsch. But the experience made me re-examine my breezy attitude. I think it must have been while watching a working model of the Julian Gallows that it happened.

It interests me that even the most strident believer in the death penalty doesn’t want to saddle another human being with DIRECTLY killing another. This is why executioners wore masks and why the killing chambers were automated. Watch this quick video I took about the working model of the Julian Gallows. You’ll see how a little bit of distance could be placed between the executioner and executed — even if just by a bucket of water and series of pulleys.

The prison building itself is better looking than any of the public schools I attended. They offer a tour that includes a gas chamber, but I had to choose between taking it and perusing the galleries.

I chose to spend my time looking through the artifacts of prisoner art, and restraint devices like the Oregon Boot (see the video of it and other interesting things here) and read a few stories of prisoners themselves, which fascinated and saddened me. I emerged from the hour or so I spent there a different woman.

Why does our culture celebrate and immortalize crooks like Jesse James, Billy The Kid, Butch Cassidy and The Sundance Kid but send into obscurity saints who raise orphans and nurse the sick? What does this say about ourselves individually?

Here’s a story on the privatization of prisons in our country from the PBS news magazine, NOW. I found it to be thoughtful and balanced.

It troubles me that corporate profit interests could inflate our prison population, and skew our social focus. Should we let people rot in prison to satisfy a corporation’s bottom line instead of offering them the human dignity of rehabilitation and an opportunity for release?

Author Tamela has extensively traveled the U.S. and Canada, delivering her message to Pack Light | Travel Slow | Connect Deep. Her keynotes and workshops include life lessons she has learned through chance encounters on the road.
Previous Canine Bikers
Next Standin’ on the Corner