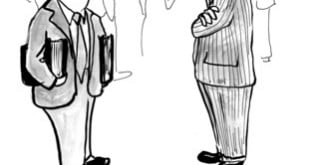 Is Writing a Book One of Your New Year’s Resolutions? 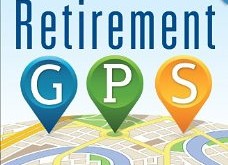 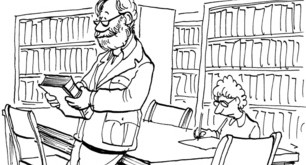 People ask me about my “Goldilocks Chapter” method of ghostwriting and how it has worked out for clients who want a book contract.

Before I answer that question let me answer this one: What’s a Goldilocks Chapter?

Remember the story of  Goldilocks and the Three Bears? One chair was too big, another was too small and the third was just right; one bowl of porridge was too hot, another was too cold and the third was just right. In similar fashion, a Goldilocks Chapter isn’t the longest or shortest chapter in the book; it isn’t the introduction or the summary. It’s a chapter that represents both the the length and the level of difficulty of the average chapter in the book.

The Goldilocks Chapter gives both me and the author a feel for our  future working relationship and gives me a mini project from which to price the entire book. The author can in turn take this chapter to an agent and/or publishing company or decide to self-publish the book. No matter who publishes the book, I can help carry the project over the finish line or the author can go it alone, or with another writer. A Goldilocks Chapter paves the way for other important decisions.

How a Goldilocks Chapter turned into a book contract

Last year at this time, Aaron Katsman of Lighthouse Capital  called me about a book concept. He wanted to write a sample chapter of his book on international retirement investing so that he could get an agent, and ultimately a book contract with a publisher.

Aaron is no stranger to writing; he is a noted expert on both the Israeli economy and stocks and is a frequent contributor to both SeekingAlpha.com and The Jerusalem Post.  He’s also appeared on CNBC’s Squawk Box. So why did he reach out to me? The same reasons other successful people do: for my time and expertise.

Given these considerations, it made sense for Aaron to find a writer.  We pulled his sample chapter together after a few interviews and three drafts.

Aaron took the Goldilocks chapter to an agent, who helped him with his book proposal and presented it to McGraw-Hill. The result? They bought it, and we’ll deliver it to them by the end of 2012.

I’m working from my office in Charlotte and Aaron is working from his in Jerusalem. We’re using Skype, Google Docs and Evernote to collaborate and stay organized. My hope is that we’ll meet in person around Thanksgiving when Aaron comes stateside to visit family, but if that doesn’t pan out, we’ll make our deadline and meet another time. Perhaps at his book launch party.

OK, you know you want to write a book. You know it would be good for your business reputation. When can we start YOUR Goldilocks Chapter?

From Charlotte, NC, Tamela writes books, articles, speeches and presentations for business professionals. From "the road" she writes about the people, places and experiences she discovers and the life lessons she learns from them. Invite her to share some of her lessons from the road at your next event!
Previous Speaking and Signing Books at Rally in the Gorge 2012
Next Looking for the Devil’s Toenails in Wyoming

I wrote Hit The Road, A Woman’s Guide To Solo Motorcycle Touring to help readers experience …