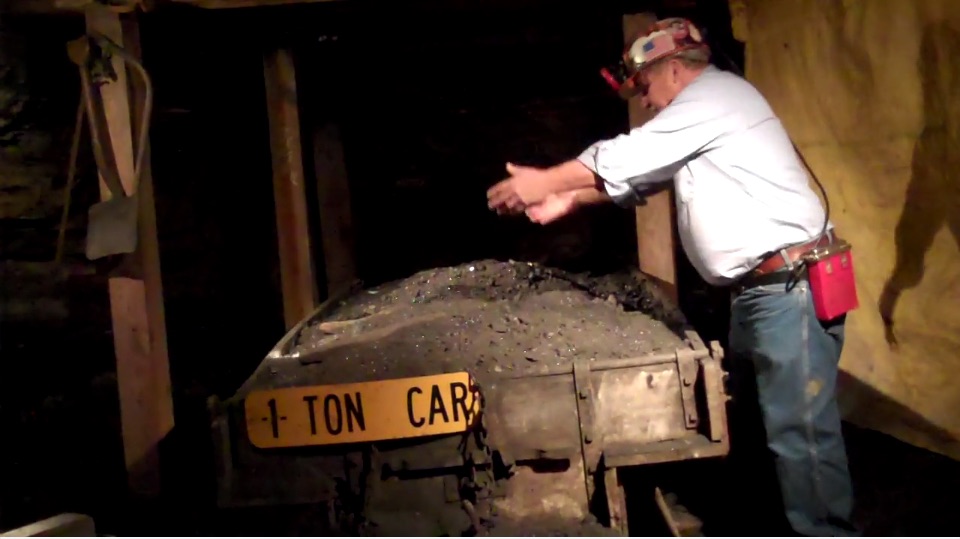 We all do it. We drive the same stretch of road time and again, never stopping to see what those “little brown signs” are enticing us to visit along the way.

With family in Ohio, I’ve traveled from Charlotte on I-77 through West Virginia at least 50 times. I was always interested in what was behind the little sign that said “Exhibition Coal Mine”  at the city of Beckley (Exit 42) but told myself I didn’t have time to explore it.

Silly me. It was worth the layover! Heeding my own advice to “Travel Slow,” here are my reflections.

A coal mine vacation?

WBTV’s John Carter and I joked about taking a “vacation” in a coal mine (see the video at the top of this post). All joking aside, the Exhibition Coal Mine is fascinating from the perspectives of history, economics, avarice, technology, and the human spirit. It’s all right there.

The Beckley property once served as a working coal mine but closed in 1953. The city of Beckley grew up around the mine’s entrance, and eventually built a city park there. Then someone got the bright idea to rehabilitate the place as a tourist attraction, which opened to visitors in 1962.

The Exhibition Coal Mine has three experiences for you: the mine itself, the coal camp and the visitor center.

Modern day miners (retirees) serve as mine tour guides and if you watch the entire 23 minutes of the video I compiled, you’ll see that my guide “Kenny” is both witty and candid about conditions in the old mines; quite a balancing act.

You will appreciate the sacrifice of our ancestors in a very different way once you confront their hardscrabble lives. This terrific post on Retronaut shows pictures of children’s lives before wage and labor laws protected them from working in the mines.

The grip that coal mining companies had on workers and their families was economic slavery, and it’s probably no coincidence that the rise of King Coal began near the end of the Civil War, when outright slavery (and de facto slavery) was still widespread.

This website offers a thumbnail sketch of life in the mines and coal camps. One historian has suggested that during World War I, a U.S. soldier had a better statistical chance of surviving in battle than did a West Virginian working in the coal mines.

Not all doom and gloom

Mining, and its representation in Beckley, is not all doom and gloom, however. In a tribute to the human spirit you’ll be inspired by the ways people made do with nothing and created community and solidarity. My grandfather and great-grandfather worked in Kentucky coal mines, so my visit brought me closer to my own family history.

The Beckley mine and coal camp give families a terrific shared experience from which to have meaningful conversations about a variety of topics. Don’t pass it by. No matter your economic circumstances, you’ll come away feeling you’ve got it “pretty good” as a twenty-first citizen of the so-called “first world.”

Think of that next Labor Day.

The Exhibition Coal Mine is a family-friendly destination, but I’d recommend the mine tour for kids in third grade and above. Babies who fuss or toddlers who need to move about would not be good mine visitors because everyone needs to stay in the rail cars.

WARNING: at one point in the mine tour (you’ll see it in my video) you will be in utter darkness for perhaps 20 seconds.

If you are claustrophobic, the mine experience is not for you, but there is plenty to enjoy in the coal camp and visitor center, open April 1 through November 1.

Coal occurs in 53 of West Virginia’s 55 counties, which makes it a vital part of the state’s history and heritage. Take half a day and explore it in Beckley.