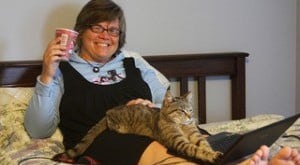 In sauntered a tabby. I wondered if she had shrewdly sized me up as an animal lover or if she just assumed an air of chin-scratch entitlement with everyone. 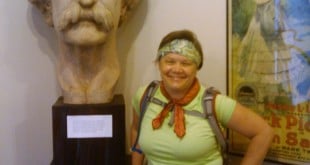