Dateline: 8/3/10.  When I planned my 2010 road trip, three destinations were set in stone: Cheyenne, Wyoming, where I met my fellow Conga Riders for the Cause; Bend, Oregon, where I worked on my book with co-author Matt Davio; and Hannibal, Missouri, birthplace of America’s best, brightest and most prescient social observer, Mark Twain. 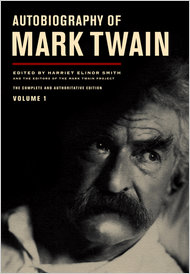 Prescient? Yes. His newly-released autobiography, according to the NYT, “includes remarks that, if made today in the context of Iraq or Afghanistan, would probably lead the right wing to question the patriotism of this most American of American writers.”

The article goes on to say “He is similarly unsparing about the plutocrats and Wall Street luminaries of his day, who he argued had destroyed the innate generosity of Americans and replaced it with greed and selfishness.”  I must read The Gilded Age, which I understand, is still an accurate portrayal of political and social life in Washington, D.C. some 137 years later.

The War Prayer gives a glimpse of Twain”s sense of justice.


This work always touches me. Written during the Philippine-American War in 1905, it wasn’t published until 1923 when Twain’s literary executor collected it in the volume “Europe and Elsewhere.”

My time in Hannibal was cut short by mechanical difficulties but not before I had the chance to see a Twain impersonator at the museum, where I loaded up on gifts.  I talk about it in this video.

Loved the Pepsi machines in Hannibal, which, like many other things, bear Twain’s likeness.  Speaking of which, does anyone know how Pepsi came to dominate west of the Mississippi?  I’m a Coke gal, myself, and so I noticed the dearth of my brand out west.

Author Tamela has extensively traveled the U.S. and Canada, delivering her message to Pack Light | Travel Slow | Connect Deep. Her keynotes and workshops include life lessons she has learned through chance encounters on the road.
Previous Are You A Pre-Title-IX Woman?
Next Mark Twain, The First Blogger?