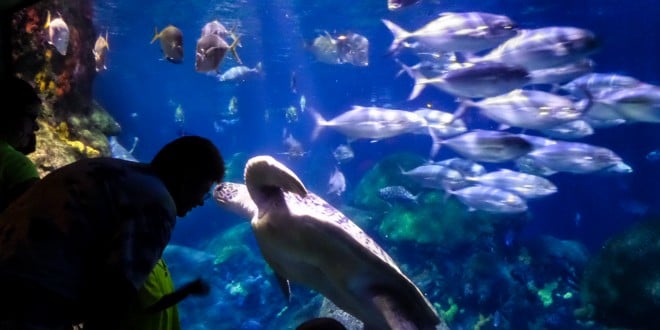 Charlotte to Chattanooga: A Four-Day Itinerary

Fox 46’s “Good Day Charlotte” producer asked me what I’d recommend to someone looking for a quick getaway from the Queen City if they had four days to travel. Easy answer: Chattanooga.

I wrote about my first visit to Chattown last summer and this is a good time up update my report.

Take the scenic route to Chattanooga

Getting to any destination is half the fun. Since it’s over 300 miles to Chattanooga, you’re going to spend one day getting there and another to return, with plenty of time to explore. My intent is to help you enjoy the ride. Here’s my suggested route:

Charlotte to Asheville by whatever route you prefer. From there follow the signs to US-74 West. Stop for a nice meal in Bryson City at the Cork and Bean. 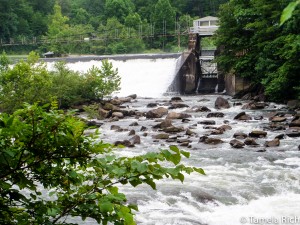 On 74/64 you’ll cruise through the Cherokee National Forest alongside the Ocoee River, site of the canoe slalom venue for the 1996 Summer Olympics in Atlanta. This is the only instance that a natural river has been used for an Olympic whitewater slalom event.

There are beautiful sweeping turns and some nice switchbacks throughout your route as you descend to Lake Ocoee. Along the way you’ll gain an appreciation for American engineering as you see Tennessee Valley Authority markers for the three dams which, together, generate more than 67,000 kilowatts of electricity for the area.

If you enjoy learning about history, watch for the “little brown signs” that will tell you about the peoples who’ve lived in the region for over 12,000 years, the copper mining industry, and Civil War skirmishes. Stop at the scenic overlooks. Take pictures. Breathe.

Choose a side adventure or a scenic byway

On the way home I want you to choose a little side road to explore so start scouting them on the way down. Maybe it will be the Ocoee National Forest Scenic Byway, which was once a part of the Old Copper Road, where horse-drawn wagons transported copper ore from Copperhill and Ducktown to Cleveland Ohio.

If you’re interested in touring the Ducktown Basin Museum, make a reservation to tour the grounds as well. According to the official website:

The Ducktown Basin Museum is located on the historic Burra Burra  mine site, which was the headquarters for Tennessee Copper Company and Cities Service mining operations from 1899 through 1975. The site, now owned by the Tennessee Historical Commission, has been listed on the National Register of Historic Places since 1983. The 16 structures remaining on the site include virtually all of the original mine buildings and outbuildings except for the headframe, which was demolished after the closing of the mine in 1958. The mine office houses the museum’s collection and is the only building permanently open to visitors, but tours of the grounds are available by appointment.

Another thing you can do en route is stop at the Nantahala Outdoor Center for whitewater rafting or a zip line tour.

Here’s what to do with two days.

DAY ONE: The Tennessee Aquarium sits on the banks of the Tennessee River. Comprised of two buildings, one for salt water and one for fresh water, you can spend an entire day there. Matt and I did when we visited in 2014. Some days I fantasize about being an otter keeper. The playful otter’s happiness would surely be contagious.

Be sure to take the River Gorge Explorer down the Tennessee. Part of the Aquarium’s offerings, you’ll buy tickets with your package and descend to the dock right outside the Aquarium. Our guide was quite a Renaissance Man; he knew geology, flora, fauna and Civil War history. There was nothing anyone asked that he couldn’t answer. We hung on his every word. The tour includes use of binoculars.

You can also include tickets to IMAX shows that are curated to support the Aquarium’s ongoing themes.

As an option, consider taking a Chattanooga Ducks tour of the Tennessee, especially if there are children in your party. The tour guides get them singing and even let them pilot the old amphibious landing crafts (pictured right).

DAY TWO is according to your fancy.

If you prefer history, there’s a great deal of it in both Chattanooga and the greater region. The city itself played a pivotal role in the Civil War thanks to Lookout Mountain. The nation’s first and largest military park, the Chickamauga and Chattanooga National Military Park is just outside the city and over the state line in Fort Oglethorpe, Georgia.

Even if you’re not a history buff, you’ll want to take a drive up Lookout Mountain, from which you can see seven states: Kentucky, Virginia, Tennessee, North Carolina, South Carolina, Georgia, and Alabama. Be prepared to make a decision about visiting Rock City and Ruby Falls on Lookout Mountain…the marketing for which is ubiquitous. I went to both, but can’t give either a “must-see” rating.

Train lovers will get their fill at the Chattanooga Choo Choo Terminal Train Station Complex built in 1909 and the Tennessee Valley Railroad Museum.

Lovers of offbeat attractions (that would be me!) will enjoy the International Towing & Recovery Museum and Hall of Fame and the Moon Pie General Store (because Moon Pies are made in Chattanooga). And yes, RC Cola is available there!

The other option is to simply walk or bicycle the riverfront. Chattanooga has a bike share program like ours in Charlotte.

On the “North Shore” Stroll Renaissance Park and enjoy its public art installations. The footpath will lead to Coolidge Park, which boasts a splash pad and carousel with more public art.

From Coolidge cross the Tennessee via the Walnut Street Pedestrian Bridge (longest pedestrian bridge in the world) and enjoy the Hunter Museum of American Art. Strolling back toward the Aquarium, stop for ice cream at The Ice Cream Show and enjoy the public art along the way.

Chattanooga is the perfect city in which to Travel Slow and Connect Deep.

Author Tamela has extensively traveled the U.S. and Canada, delivering her message to Pack Light | Travel Slow | Connect Deep. Her keynotes and workshops include life lessons she has learned through chance encounters on the road.
Previous Ride to Reboot Retreat for Motorcyclists in West Virginia
Next Ask Tamela Anything About Planning a Road Trip