Social media platforms are blowing up with the campaign #MeToo that protests the culture of silence around sexual assault. While the hashtag is used mostly by women, others are coming forward with their stories of abuse too.

If my beloved mamaw were alive today, I’m not sure she would join the campaign, but she certainly had a story that fits the movement.

Mamaw wasn’t a woman of letters and was never one to “put herself forward” by writing a memoir. While I find her life and times fascinating, she likely considered them to be ordinary. Even the groping she experienced as an eight-year-old.

For several years my mom tried convincing Mamaw to write down some childhood memories, and maybe with the prescience that her time was drawing nigh, she finally obliged the request.

She wrote about several things, including the time a thunderstorm washed her coal camp house off its foundation. I’m using her memoirs to write a novel set in the first half of the twentieth century.

I’ve transcribed this scene it for you here as written—including her grammar and spelling—simply adding paragraph breaks for your reading convenience.

When I was around 8 yrs old my Aunt Gertrude ask Mom if I could come to her house + watch Clara Faye. Her Brother in Law died + they were bathing + dressing him. So Mom sent me to watch Clara Faye.

I was bathing Clara so she’d be ready for the evening service. I had Clara on the table with a pan of water washing her. My back was to the door and those times we didn’t have screen doors so I didn’t hear Ance (married to Aunt Gertrude) come in.

He grabbed me + had his hands all over me + I jerked away + ran home. Don’t know what might happen if I hadn’t been quick.

I was afraid to tell Dad + Mom because I’d heard Daddy say if any one ever hurt one of his kids He’d kill them. I had a cousin that had gone to Prison for killing a man + I didn’t want Daddy going to Prison. I just stayed away from Ance.

When he died I wasn’t sorry he died.

Let’s break this down. Mamaw was eight. Anse’s wife had recently given birth to baby Clara—whom my eight-year-old grandmother was tenderly washing.  The rest of the family was in another room washing a dead relative. Mamaw kept the secret so her father wouldn’t commit a crime and go to prison.

Although set in 1930’s Kentucky, Mamaw’s is a timeless story in principle. To each victim, there is always a reason to keep quiet.

From Charlotte, NC, Tamela writes books, articles, speeches and presentations for business professionals. From "the road" she writes about the people, places and experiences she discovers and the life lessons she learns from them. Invite her to share some of her lessons from the road at your next event!
Previous History, Music, Food, and Serenity at Kentucky’s Shaker Village
Next How to Turn a Picture into a Book Cover (How I did) 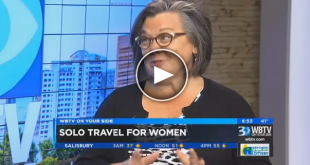 Safety as a Woman Traveling Solo

I've learned a lot about myself as a woman traveling solo. That's my #1 reason for recommending it.