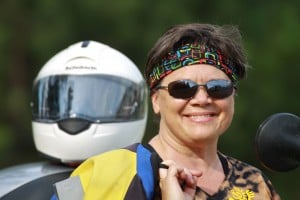 Are You A Pre-Title-IX Woman?

If you’re a woman of my age, there’s a good chance that like me, you flunked the Presidential Fitness Test in school. The dreaded arm hang always got me (never mind the pull-ups!).

Title IX passed in 1972 saying,  “No person in the United States shall, on the basis of sex, be excluded from participation in, be denied the benefits of, or be subjected to discrimination under any education program or activity receiving federal financial assistance.”

Unleashing my adventurous side

Many middle aged women like me—the pre-Title IX babies—didn’t have the opportunity to explore our physical natures growing up. Motorcycling has unleashed my adventurous side.

During a radio interview on Charlotte’s NPR affiliate, the host asked me about the physicality of riding a motorcycle. If it isn’t too late for me, it’s not too late for you. After all, tomorrow you’ll either be older or dead!

I’d always thought of Title IX as a sports law, but athletics is just the start, it includes:

So perhaps it’s Title IX we have to thank for advances HUMANITY has made in the 37 years since its passing? I’m certainly in awe of  younger women and men who don’t have the hangups my generation did about women being perceived as bitchy for being assertive or a judged a bad mother for having children in daycare. 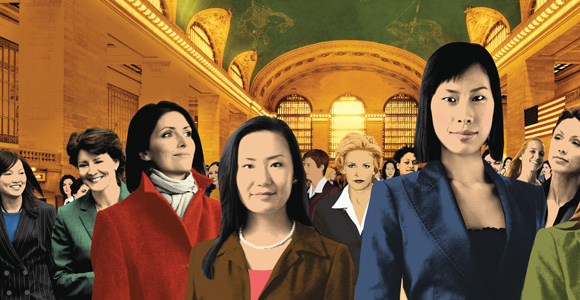 This summer my favorite magazine, The Atlantic, ran a feature called “The End of Men: How Woman are Taking  Control of Everything.” I’ve got enough “old school feminist” in me to be surprised by some of the findings, for example, these from the Bureau of Labor Statistics:

As a business writer, this paragraph really stuck me: “But after the latest financial crisis…(r)esearchers have started looking into the relationship between testosterone and excessive risk, and wondering if groups of men, in some basic hormonal way, spur each other to make reckless decisions. The picture emerging is a mirror image of the traditional gender map: men and markets on the side of the irrational and overemotional, and women on the side of the cool and levelheaded.”

The postindustrial economy is indifferent to men’s size and strength. The attributes that are most valuable today—social intelligence, open communication, the ability to sit still and focus—are, at a minimum, not predominantly male…Yes, the U.S. still has a wage gap, one that can be convincingly explained—at least in part—by discrimination. Yes, women still do most of the child care. And yes, the upper reaches of society are still dominated by men. But given the power of the forces pushing at the economy, this setup feels like the last gasp of a dying age rather than the permanent establishment. Dozens of college women I interviewed for this story assumed that they very well might be the ones working while their husbands stayed at home, either looking for work or minding the children. Guys, one senior remarked to me, “are the new ball and chain.” It may be happening slowly and unevenly, but it’s unmistakably happening: in the long view, the modern economy is becoming a place where women hold the cards.

Wow, all that considered, I’m interested in hearing from you about the TRADEOFFS you’ve made in your life, pertaining to career achievement and domestic bliss. Contact me with your story, please!

Author Tamela has extensively traveled the U.S. and Canada, delivering her message to Pack Light | Travel Slow | Connect Deep. Her keynotes and workshops include life lessons she has learned through chance encounters on the road.
Previous Kickin’ Kansas
Next Haj to Hannibal