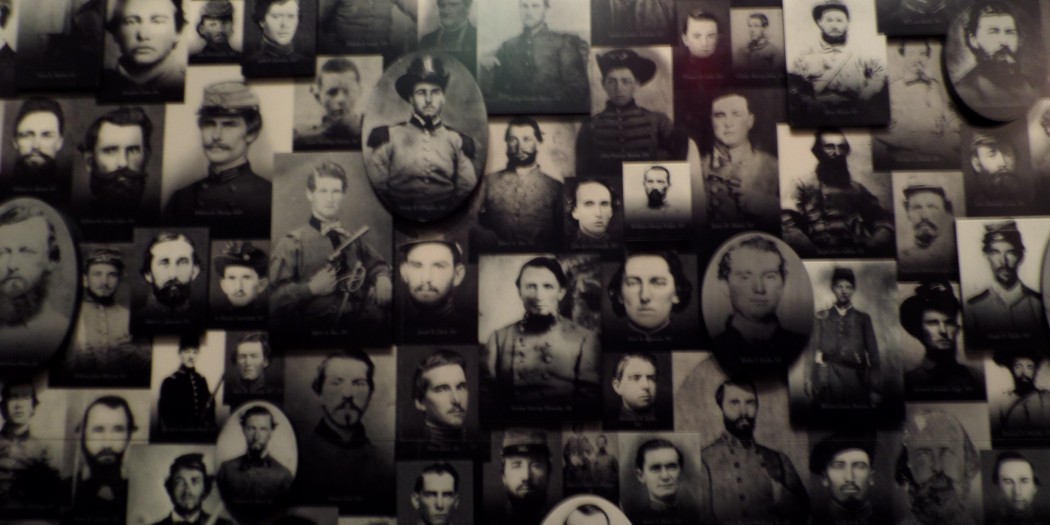 Gettysburg and My “Mixed” Marriage

One hundred and fifty years ago this week President Abraham Lincoln delivered the Gettysburg Address. He  called upon this country to finish the work envisioned by our founding fathers, bringing forth “a new nation, conceived in liberty and dedicated to the proposition that all men are created equal.”

I visited Gettysburg, Pennsylvania last month with my spouse, while I was in the region to speak at Meritus Healthcare. How ironic that I’d tour Gettysburg—which reminds us that our Union nearly dissolved—on a day that our government was closed on purely partisan grounds. I’m sure Lincoln would have expected to see more progress in our Union since his assassination.

The cold, drizzling rain added to the somber mood as we visited the incredible Gettysburg National Military Park Museum and Visitor Center, which was open during the shutdown because it’s run by a private foundation instead of a federal agency.  We spent half the day there and still didn’t see everything it had to offer. Scroll down for a video of what awaits visitors.

I grew up in Ohio, about 20 miles from the hometown of General Sheridan, and about 30 miles from the birthplace of General Sherman, both of whom were Civil War heroes. To tell the truth I only knew about these generals because various  public schools  were named in their honor, not because I studied their war resumes.

My Ohio history lessons of the war were superficial and began and ended with the understanding that the war was fought on moral grounds and we won. Full stop. Ancient history. Move on.

Until I married a man who was raised in Richmond, Virginia, a capital of the Confederacy.

Matt studied Civil War history for weeks on end throughout his public school education. They called it  “The War of Northern Aggression”  in his classrooms, and taught that the Civil War  wasn’t really about slavery, rather, it was about states’ rights  and economics. He knows so much about the Civil War that he can even tell you the names of the generals’ horses.When we went to see Daniel Day Lewis in Lincoln last year, I had to ask Matt to tell me what was going on several times.

The war wasn’t just lore to him, it was family history. His great-grandfather was captured at Gettysburg and eventually released to find his way back to his North Carolina home. What a journey that must have been.

I’ve visited several towns this year with Civil War history but the subject has always  been remote. The war became personal to me in the exhibit hall of the  Gettysburg National Military Park Museum.Comparing the uniforms and kits of the Union and Confederate soldiers, I was struck by how poorly outfitted Johnny Rebel was. They never stood a chance, and I married one of their descendants. The Confederates had some strange ideas and were fueled by false hopes and hubris, but at that moment, I recognized them as  family. Truth is, they’ve always been family, even before I married a Virginian. We’re all one human family.

The exhibits were so masterfully executed and our battleground tour guide  so passionate that we found ourselves emotionally drained by the experience. Thousands dead. Families ripped into blue and gray factions. Amputees  and orphans everywhere. When Lincoln spoke at Gettysburg, nearly six months after the battle, some of the dead still hadn’t been buried.

Going back to the hotel, Matt asked me what I wanted to do next and I said, “Let’s turn on HBO and see if we can find a comedy. I need a laugh.” What was playing when we got there? Wait for it…Abraham Lincoln, Vampire Hunter. I kid you not.

The first time I visited Gettysburg I was a disinterested teenager on a family vacation. The uninspiring glass and acrylic case displays of war detritus like musket balls, cannon shrapnel and rusty horse shoes  bored me.  The new visitor’s center opened in 2008. Epcot, you’ve got nothing on this place!

Look at these cute kids (left) in their rain gear learning how miserable a foot soldier must have been in the rain.

This official video will tell you what you’d like to know about visiting.

We bought the full pass that included the cyclorama, museum and a battlefield tour. If you buy all three and like me, you  love to immerse yourself in experiences, be sure you start your day early and plan to spend a good five hours in the museum’s eleven halls. The balancing act will be allocating your time between the museum and tour; the cyclorama doesn’t take time from the other two and you won’t want to miss it.

And to save you searching elsewhere, here’s the full 272 words of the Gettysburg Address:

Fourscore and seven years ago our fathers brought forth on this continent a new nation, conceived in liberty and dedicated to the proposition that all men are created equal. Now we are engaged in a great civil war, testing whether that nation or any nation so conceived and so dedicated can long endure. We are met on a great battlefield of that war. We have come to dedicate a portion of that field as a final resting-place for those who here gave their lives that that nation might live. It is altogether fitting and proper that we should do this.

But in a larger sense, we cannot dedicate, we cannot consecrate, we cannot hallow this ground. The brave men, living and dead who struggled here have consecrated it far above our poor power to add or detract. The world will little note nor long remember what we say here, but it can never forget what they did here. It is for us the living rather to be dedicated here to the unfinished work which they who fought here have thus far so nobly advanced. It is rather for us to be here dedicated to the great task remaining before us—that from these honored dead we take increased devotion to that cause for which they gave the last full measure of devotion—that we here highly resolve that these dead shall not have died in vain, that this nation under God shall have a new birth of freedom, and that government of the people, by the people, for the people shall not perish from the earth.

Author Tamela has extensively traveled the U.S. and Canada, delivering her message to Pack Light | Travel Slow | Connect Deep. Her keynotes and workshops include life lessons she has learned through chance encounters on the road.
Previous Touring West Virginia and Speaking in Hagerstown, Maryland
Next Announcing a New Keynote Speech and Workshop: Facing Fear