Big news: I'm writing a book with Matt Davio called Tradeoffs: Leveraging the Longs & Shorts of Life. We'll use the language and practices of those who trade for a living to frame life's tradeoffs: time for money,  freedom for convention,  risk for reward, and money for goods and services. 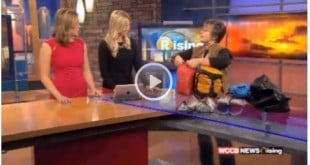 Big news: I’m writing a book with Matt Davio called Tradeoffs: Leveraging the Longs & Shorts of Life. We’ll use the language and practices of those who trade for a living to frame life’s tradeoffs: time for money,  freedom for convention,  risk for reward, and money for goods and services.

In a post-meltdown world where so many people feel the stakes are higher and the margin for error more narrow than ever before, Tradeoffs will introduce a general interest reader to how traders view “scalp,” “swing,” “directional,” “fade” or “breakout” trading setups, how they mitigate risk, and how they live with the outcomes of their trades.

We have a book agent who’s excited about the project and will help us get the proposal in tip-top shape by the end of April so he can hit the road with it.  Stay tuned!

Trading From Your Gut: How To Use Right Brain Instinct & Left Brain Smarts To Become a Master Trader 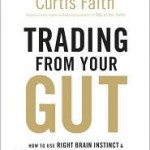 Reviewed by Dasan: Legendary trader Richard Dennis believed that trading was so simple that anyone with the right training and psychology could do it successfully. After making millions for himself in the commodity, stock, and FOREX markets, he trained complete novices how to trade in 2 weeks. He called them the “turtles.” He was right – a large number of the “turtles” went on to become very successful traders in their own right. Curtis Faith, the author of this book, was one of best of the turtles.

This is an excellent book for the intermediate level investor. The author does give a basic explanation of a rudimentary swing trade system, but it is just enough knowledge to be dangerous. I would not recommend this book for a rank novice. However, if you have some experience trading stocks or commodities already, this book is extremely valuable. For me as an experienced hedge fund investor, I found his concepts mainly affirmed in a concise way what has taken me years to learn. In this way, this book could make a moderately experienced trader more successful very quickly.

The main thesis of the book is the importance of intuition in trading, especially by experienced traders who already have mastered their emotions. He says it like this: “A balance between left-brain analysis and right-brain intuition is critical for optimal trading.” He quotes many experts in this book, which adds a lot of value; for example, he quotes Barry Ritholz’s idea that “wisdom is the capability to have `strong opinions, weakly held.'” Faith emphasizes the importance for a master trader to think independently. He writes “If you want to be a master trader, you need to develop your own reasons for making trades.” He illustrates the concept of waiting for the right trade by comparing it to surfing at the beach, waiting for the right wave. The book is full of detailed examples like this, which illustrate his trading concepts. Faith wraps up the book with a discussion on ways to limit risk by being flexible, having a plan “B” and sizing positions properly to avoid overcommitment of your capital.

This book is valuable to any serious trader or investor looking to raise the level of their game. Novice investors have other volumes to read first.

The Back Channel: How Audiences are Using Twitter and Social Media and Changing Presentations Forever 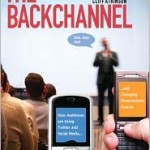 Reviewed by yours truly:  This book caught my eye because it grasped a phenomenon I’ve observed at events where the audience gives more eyeball time to their netbooks and smart phones than to the presenter. I figured someday I’d figure out how to harness the power of this behavior, and author Cliff Atkinson beat me to it. Mr Atkinson is THE authority to write on the matter. In addition to writing Beyond Bullet Points,  he designed the presentations that helped persuade a jury to award a $253 million verdict in the nation’s first Vioxx trial in 2005. Fortune magazine called the presentations “frighteningly powerful.”

For those new to the back channel and the ways of Twitter, never fear. The book starts there, not with boring  exposition, but with a real-life event where panelist Guy Kawasaki noticed a critical tweet (Twitter update) about him and asked the tweep (person who tweeted) to step up and explain the remark.  After setting the context for Twitter and the back channel with this case study, Mr Atkinson goes into the mechanics of Twitter and other technological means for sustaining an official back channel.

The part of the book that everyone presenting can use (with or without a back channel) describes how to be an editor, curator and taste-maker to your audience. Thinking of yourself in these ways makes it 100% easier to craft a presentation.

Mr Atkinson outlines a strategy for JOINING the back channel’s conversation, including how to manage a “conversational presentation.”  Presenters with and without a back channel should follow this advice

The book offers a chapter on how to handle the positive and negative feedback from the back channel.  Particularly helpful is the advice that speakers should practice scenarios that put them in a range of difficult situations.  He gives five scenarios to practice: “You’re not listening to us;” Your Facts are wrong or misleading;” “Your material is a mismatch for us;” “Your material is boring;” and “You made me mad.”

Finally, relying on an excellent case study from a conference gone snarky via the backchannel, Mr Atkinson shows how Chris Brogan (author of Trust Agents) turned the situation around. Here’s the 10-point checklist for managing an unruly back channel:

This slim volume is worth the $34.99 list price and includes a free 45-day searchable online edition. Both of my thumbs are way up.

Why We Make Mistakes: How we look without seeing, forget things in seconds, and are all pretty sure we are way above average

Publishers Weekly review: Pulitzer winner for his stories on Indiana’s medical malpractice system, Hallinan has made himself an expert on the snafus of human psychology and perception used regularly (by politicians, marketers, and our own subconscious) to confuse, misinform, manipulate and equivocate. In breezy chapters, Hallinan examines 13 pitfalls that make us vulnerable to mistakes: “we look but don’t always see,” “we like things tidy” and “we don’t constrain ourselves” among them. Each chapter takes on a different drawback, packing in an impressive range of intriguing and practical real-world examples; the chapter on overconfidence looks at horse-racing handicappers, Warren Buffet’s worst deal and the secret weapon of credit card companies. He also looks at the serious consequences of multitasking and data overload on what is at best a two- or three-track mind, from deciding the best course of cancer treatment to ignoring the real factors of our unhappiness (often by focusing on minor but more easily understood details). Quizzes and puzzles give readers a sense of their own capacity for self-deception and/or delusion. A lesson in humility as much as human behavior, Hallinan’s study should help readers understand their limitations and how to work with them.

Genius on the Edge : The Bizarre Double Life of Dr. William Stewart Halsted

Intro to a Fresh Air interview with the author:  In the second half of the 19th century, New York City’s population swelled from several hundred thousand to just over 2 million people. Conditions were not pleasant: Sewers were virtually nonexistent; piles of manure sat several inches high on sidewalks; and the city was overrun by disease.

Medical practices of the time were crude, at best: If surgical procedures were performed, they were done without sterilizing the equipment or the operating room, and typically ended with the patient losing an entire limb, if not his life.

It was in this environment that Dr. William Halsted began his surgical career. Halsted, who began the nation’s first residency program, pioneered techniques ranging from blood transfusions to sterilizing operating rooms. He also developed the radical mastectomy — also known as the Halsted mastectomy — reducing the local recurrence of breast cancer in patients nearly 50 percent. When Johns Hopkins Hospital opened its Department of Surgery in 1889, Halsted was named its first supervisor.

Though his legacy suggests a medical pioneer who made surgery safer and more precise, Halsted’s life was frequently messy.

That dual life is examined in Gerald Imber’s new biography of the doctor, Genius on the Edge: The Bizarre Double Life of Dr. William Stewart Halsted.

Imber traces Halsted’s journey from a young Columbia-trained medical student to a successful surgeon who secretly suffered from several narcotic addictions. Imber, himself a plastic surgeon, says that while Halsted was a “rigid perfectionist in some portions of his life, [he was] totally negligent and forgetful in others. He could leave a patient in a hospital bed for weeks on end and forget to operate on them.”

Please tell me if you have a book to recommend or review for April’s post.

From Charlotte, NC, Tamela writes books, articles, speeches and presentations for business professionals. From "the road" she writes about the people, places and experiences she discovers and the life lessons she learns from them. Invite her to share some of her lessons from the road at your next event!
Previous Management Secrets of the Grateful Dead
Next You’re Only Fooling Yourself