As a basketball-bellied man ambled out of the shop I said, "I bet you don't have any motorcycle helmets here, do you?" When he smiled, his eyes became slits like mine always do, "I bet you I do!"

Tamela Rich May 20, 2010 Meet These Folks Leave a comment 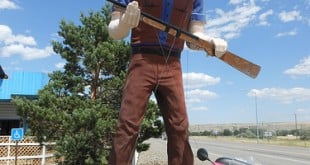 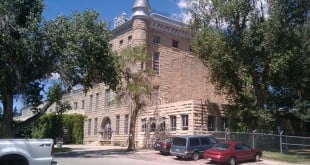 As I’ve admitted elsewhere, I have an affection for shiny things, so when I saw a gleaming stainless Denny’s Diner at the bottom of the exit ramp in Zanesville, OH, I had to check it out.

I was headed from my brother’s, who’s been teaching me to ride one of his bikes, back home to NC for a precision maneuvering class with MotoMark1 the next morning.

Finishing up my breakfast-as-lunch I pulled out my smart phone to look for a nearby motorcycle gear shop where I could buy a helmet.  Turns out there was an independent motorcycle shop three miles away.

Pulling into a long gravel driveway to Cumberland Trail Customs, my heart sank. This business transformed bikes into trikes in a shop beside the owner’s home. No bike helmets were going to be found in there.

What the heck, I thought, I’m here and this might be an interesting business.

As a basketball-bellied man ambled out of the shop I said, “I bet you don’t have any motorcycle helmets here, do you?” When he smiled, his eyes became slits like mine always do,  “I bet you I do!”

Turns out he had a cache of helmets and other merchandise in his finished basement, stored there from the retail shop he’d closed months earlier. He introduced himself as Bob Hittle and told me of his decision to lower overhead by moving his operation to his home property. During the time I’d been trying on the various helmets I told him about my trip and how I was getting sponsors, and that my helmet sponsor, Stock.ly, would be shipping mine shortly.

“Here, just take the helmet,” he offered. Eventually he agreed to let me rent it instead. It’s not often you find yourself in a position of forcing money on someone who owns something you need!

When I tell people I’ve decided to take up motorcycling they often respond with gibes about tattoos, piercings and loud pipes.  The diverse American biker community that I’ve decided to join also includes craftsmen and good Samaritans  like Bob.  I’m glad you’re along for this ride through humanity with me. It’s certainly starting out on the right foot! 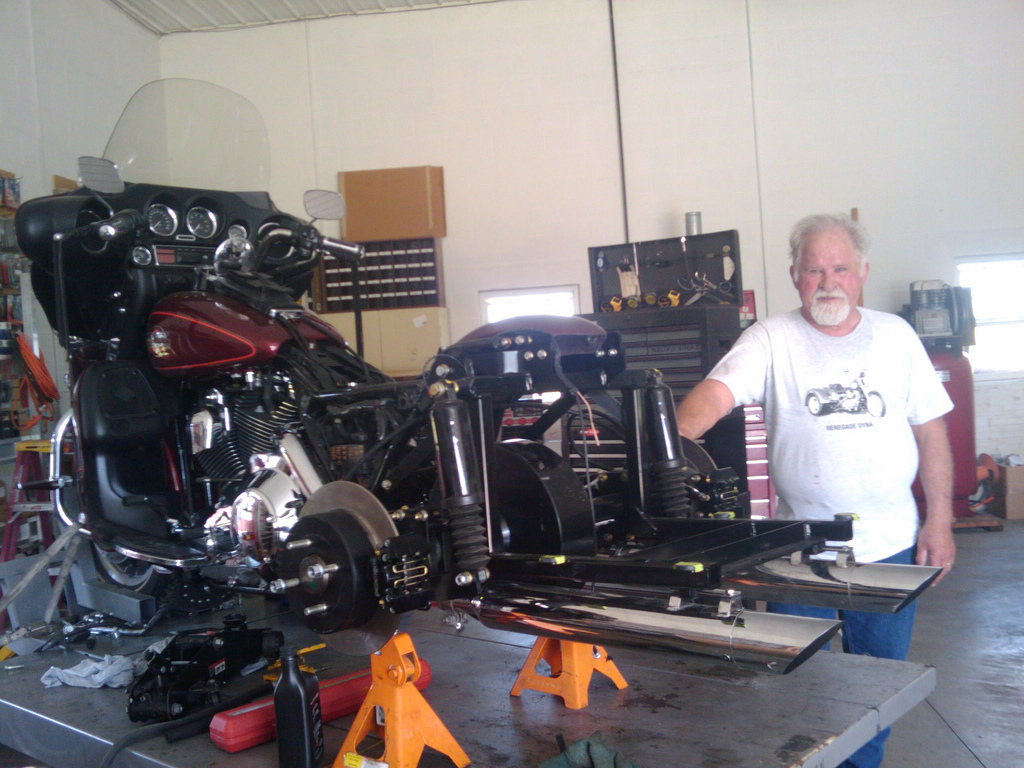 Author Tamela has extensively traveled the U.S. and Canada, delivering her message to Pack Light | Travel Slow | Connect Deep. Her keynotes and workshops include life lessons she has learned through chance encounters on the road.
Previous Social Media: Ethics & Best Practices for Attorneys
Next Touring the BMW Performance Center 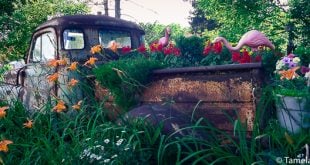 My travels have blessed me with countless—countless—chance encounters. From a fry cook walking across America before he goes blind, to a homeless Vietnam veteran, and the people who shared their journeys with cancer with me, I have been blessed, and my character molded by each one of them.