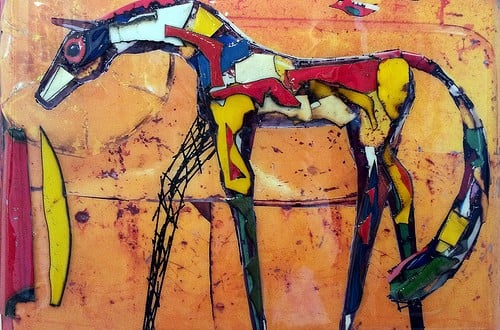 The Illusion of Time

On my first cross-country motorcycle trip in 2010, I turned east from Bend, Oregon. After  setting my iPod to “shuffle” I headed out into the high desert. I’d be in Mountain Time before my day was over.

I love heading west; I’ve learned to plan my itineraries around the “extra hour” I gain when crossing from Eastern to Central to Mountain to Pacific Time Zones. But there’s something about the day I turn east (home) and begin marching back through the zones that makes me simultaneously sanguine and melancholy. I’m more aware of every precious moment I have before the sun sets.

In a way, turning east is the apex of the trip, akin to a fortieth birthday being the apex of your life.

About four hours after leaving Bend, I approach a series of sage-covered volcanic mountains, rounded like buttocks; Route 20 slips between the cheeks like a thong.

I ascend the first big hill and catch my breath as iPod synchronicity yields the theme song to Chariots of Fire. Even if you’ve never seen the movie, you’d recognize the iconic score, which was used with the slow-motion scenes of the 1924 Olympic runners training on the beach. You can listen to me hum it on my podcast (oh, the entertainment value!).

Everything switches into slow motion as I became a motorcycle centaur, leaning through the series of wide sweeping turns between the mountain butt cheeks. There is no difference between me and my machine. None at all. I open the throttle and it’s my heart, not the engine, pulling the bike through the curve.

Humid air that wafts through my helmet as I sweep left and wave to a family floating down the Malheur River on giant inner tubes. As I sweep right, pronghorn antelope jerk their heads up from grazing to watch me pass. Road magic trumps time.

Road magic in your life

You don’t  have to ride a motorcycle to render time irrelevant; to be one with the universe. You’ve experienced it when tucking in a child or lingering over coffee with a friend. But when’s the last time you experienced it? If it’s been too long, I wonder what’s been getting in the way?

I invite you to make room for road magic, even if it’s just during your daily commute. After all, as Albert Einstein said,“Time is an illusion.”

New to this series? Here’s the introduction. 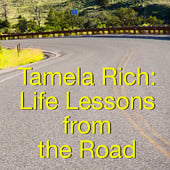 Author Tamela has extensively traveled the U.S. and Canada, delivering her message to Pack Light | Travel Slow | Connect Deep. Her keynotes and workshops include life lessons she has learned through chance encounters on the road.
Previous Learning to Listen
Next Burros and Consequences