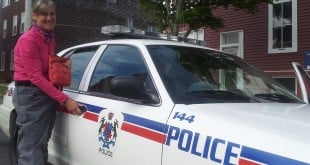 Motoring through cold drizzle between Ontario’s Georgian Bay and Sault Saint Marie, the stacked stone monuments that dotted the roadside cliffs intrigued me. Many of them resembled human figures, and although I had no idea of their significance, they gave me the sense that I was part of an infinite whole, transcending the limits of time.

I later learned they’re called inukshuit (One is inukshuk; many are inukshuit). Remember the 2010 Winter Olympic games’ mascot?  (No one does, you can look it up!) It was one type. The one pictured here is manufactured but I think it’s beautiful.

Inukshuit were built from stones in the immediate vicinity, so each one was unique. They’re landmarks, typically built around hunting and fishing places. Some inukshuit had windows, directing travelers who looked through them to prime fishing holes.

Women, children and the elderly participated in hunts by hiding behind inuksuit shaped like humans and waiting for migrating caribou to pass. When the herds thundered by, they jumped out to scare their prey into an area where hunters could quickly dispatch them.

After taking only the meat they needed, hunters buried leftover meat in the permafrost and re-assembled the inuksuk stones to form a pyramid over the cache. By common agreement, anyone taking cache meat would remove some pyramid stones. If you came upon a scattering of unstacked stones, you knew there was no cache meat left.

As actor-writer Peter Coyote said, “Interdependence is a fact, it’s not an opinion.” Ancient peoples understood this. We now call this “paying it forward.”

Today is a great day to participate in this timeless human custom of paying it forward. Maybe pre-purchase a cup of coffee for the person behind you in line? Better yet, buy a gift card for the barista to use when someone down on their luck comes in and can’t afford a beverage at all. 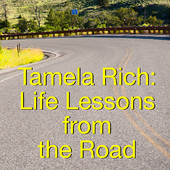 Author Tamela has extensively traveled the U.S. and Canada, delivering her message to Pack Light | Travel Slow | Connect Deep. Her keynotes and workshops include life lessons she has learned through chance encounters on the road.
Previous The Buffalo Zookeeper
Next Coyotes and Snap Judgments