Last week I set the foundation for today's installment, complete with a sound file of bestselling author Dan Ariely's talk to our Business School Alliance in Charlotte. This post will make the most sense to those who read that first.

Dan Ariely 2of 3: Trust and the Meltdown 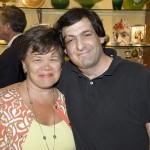 Last week I set the foundation for today’s installment, complete with a sound file of bestselling author Dan Ariely’s talk to our Business School Alliance in Charlotte. This post will make the most sense to those who read that first.

New insights on the meltdown

The 2nd edition of Ariely’s book,  Predictably Irrational, includes a full chapter on the 2008 meltdown.  In it, he emphasized trust (and the breach thereof), saying that no matter the long list of expensive “heroic measures” the central banks take, they’re unlikely to achieve the desired effect without taking measures to restore trust.” After all, trust is the foundation of paper money to start with.

“Imagine how different things would have looked if the banks and the government had understood the importance of trust from the get-go. Had that been the case, they would have worked harder to explain more clearly what went wrong and how the bailout would be used to clean up the mess. They would not have ignored the public’s sentiment; they would have used it for guidance. They would have included some trust-building elements in the bailout legislation itself thoughts about the subprime mortgage crisis for example, they could have guaranteed that every bank bailed out with taxpayers’ money would have to commit to transparency, limit top managers’ salaries, and eliminate conflicts of interest.”

Ariely says outright that Paulson’s behavior told us clearly that no one really understood what was going on. “One question we might ask is whether the general (psychological) depression that followed might have been mitigated if Paulson had been able to explain what went wrong in the first place, what his proposed measures were going to achieve, why he changed his decision to buy toxic securities, and what his plan was for the rest of the bailout money.

“As it turns out, even some answers could have made a difference. All creatures (including humans) respond negatively in situations where things don’t seem to make sense. When the world gives us unpredictable punishments without rhyme or reason, and when we don’t have any explanation for what is happening, we become prone to something psychologists call ‘learned helplessness.’” In a nutshell, those who’ve learned helplessness simply stop trying to help themselves because they believe such attempts are futile.

He suggested we help ourselves by changing “the way we consume news, from passive receptivity to actively thinking about the information and trying to make sense out of it.”

Amen to that. My prescription?  More NPR and NewsHour; complete abstinence from Fox(so-called) News.

Coming in part 3 of 3: How lack of trust in financial meltdown affected healthcare reform

From Charlotte, NC, Tamela writes books, articles, speeches and presentations for business professionals. From "the road" she writes about the people, places and experiences she discovers and the life lessons she learns from them. Invite her to share some of her lessons from the road at your next event!
Previous Do Your Stats Stack?
Next Dan Ariely 3 of 3: Trust and Healthcare Reform