I'm a book lush. My reading aspirations, however, always outstrip my productivity. Here are a couple of books that have my attention. First, Cheap: The High Cost of Discount Culture. Second, To Serve God and Wal-Mart. I'd love to hear from anyone who's read them.

I’m a book lush. My reading aspirations, however, always outstrip my productivity.

Here are a couple of books that have my attention. I’d love to hear from anyone who’s read them. 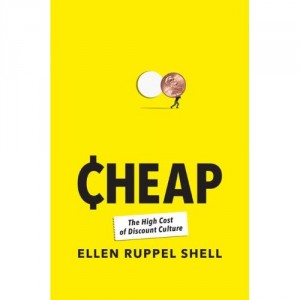 From the shuttered factories of the rust belt to the look-alike strip malls of the sun belt—and almost everywhere in between—America has been transformed by its relentless fixation on low price. This pervasive yet little examined obsession is arguably the most powerful and devastating market force of our time—the engine of globalization, outsourcing, planned obsolescence, and economic instability in an increasingly unsettled world.

“Around the world, people are being forced to reconsider the very idea of prosperity, and to ask what kind of wealth matters most and can be sustained. Cheap appears at just the right moment to enrich this discussion. This history of discounting and bargain-mania will change the way shoppers think about their next trip to the mall. As an examination of the global effects of the quest for rock-bottom prices, Cheap an important addition to arguments about America’s economic future. This is a valuable book for a troubled time.” —James Fallows, author of Postcards from Tomorrow Square

“More stuff for less!—the American recipe for material well-being. Now Ellen Ruppel Shell takes a hard look at this apparently simple notion and finds it isn’t so simple after all. Cheap pulls apart the old economic verities and subjects the glib new promises of Wall Street and globalization to scrutiny. How did we find ourselves in our current mess? Shell finds part of the answer in our confused ideas about what, exactly, is a bargain price.” —Charles C. Mann, author of 1491

To Serve God and Wal-Mart 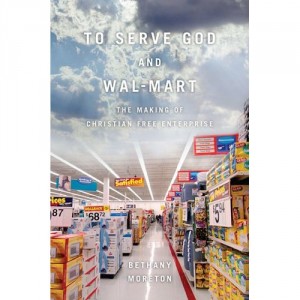 The world’s largest corporation has grown to prominence in America’s Sun Belt—the relatively recent seat of American radical agrarian populism—and amid a feverish antagonism to corporate monopoly. In the spirit of Thomas Frank’s What’s the Matter with Kansas? historian Moreton unearths the roots of the seeming anomaly of corporate populism, in a timely and penetrating analysis that situates the rise of Wal-Mart in a postwar confluence of forces, from federal redistribution of capital favoring the rural South and West to the family values symbolized by Sam Walton’s largely white, rural, female workforce (the basis of a new economic and ideological niche), the New Christian Right’s powerful probusiness and countercultural movement of the 1970s and ’80s and its harnessing of electoral power. Giving Max Weber’s Protestant ethic something of a late-20th-century update, Moreton shows how this confluence wedded Christianity to the free market. Moreton’s erudition and clear prose elucidate much in the area of recent labor and political history, while capturing the centrality of movement cultures in the evolving face of American populism. ~ Publisher’s Weekly

From Charlotte, NC, Tamela writes books, articles, speeches and presentations for business professionals. From "the road" she writes about the people, places and experiences she discovers and the life lessons she learns from them. Invite her to share some of her lessons from the road at your next event!
Previous Why Outsource Newsletters & Email Campaigns?
Next When to Facebook, What to Facebook