The Prompt: Beyond Avoidance. What should you have done this year but didn’t because you were too scared, worried, unsure, busy or otherwise deterred from doing? (Bonus: Will you do it?) 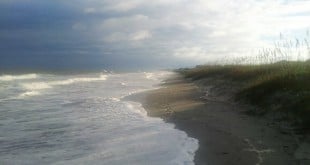 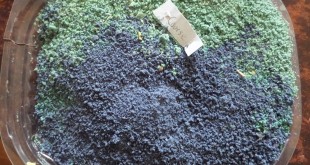 The Prompt: Beyond Avoidance. What should you have done this year but didn’t because you were too scared, worried, unsure, busy or otherwise deterred from doing? (Bonus: Will you do it?)

Avoidance came early and easily to me. As a kid, when my siblings fought or some other drama broke out, I’d climb up onto the roof or some other strategic spot where I could fall into a book world or a quiet reverie.  This didn’t fix anything, of course, but I wasn’t going for a strategic fix.

At the other end of the spectrum, when I sink my teeth into something I can become obsessed and obnoxious. Like a snapping turtle that won’t let go of the stick — no matter what — this isn’t healthy for me either.

Balance in all things, Tam.

The world is often a caustic place. People are not gentle with themselves or each other.  This year I decided to concentrate on being present and appropriately engaged in my life, including during episodes of conflict and strife. I’m learning to differentiate between healthy and unhealthy avoidance, and how to be centered amidst the turmoil of life.

As for next year, there are some relationships that I’ve kept at what I considered a “safe distance” to protect myself. I’m going to focus on one of them, since it’s a family member, and let them draw closer while trusting myself to keep appropriate boundaries. Instead of shutting them out when their behavior hurts or they’re asking more of me than I feel comfortable giving, I’ll be up front about my feelings and let the chips fall where they may. Sincere relationships require tempered candor. 2011 will be my year for tempered candor.

To thine own self be true, Tam.

*the desire to convert someone to my point of view

Author Tamela has extensively traveled the U.S. and Canada, delivering her message to Pack Light | Travel Slow | Connect Deep. Her keynotes and workshops include life lessons she has learned through chance encounters on the road.
Previous Reverb10, Day 19: Healing
Next Reverb10, Day 21: Future Self