Yesterday I asked a question about attitudes toward individuals filing for bankruptcy protection. 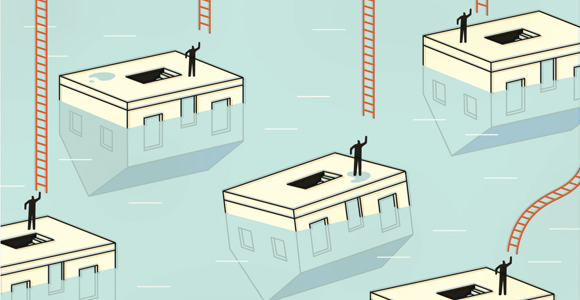 Yesterday I asked a question about attitudes toward individuals filing for bankruptcy protection.

Today I want to point to an article in The Atlantic’s June 2009 edition titled, “Sink and Swim” wherein the magazine’s business and economics editor Megan McArdle argues that a relatively lenient American system of debt forgiveness is actually good for our economy:

“America leads the developed world in bankruptcies because for more than a century, we’ve worked hard to build the best—and, not coincidentally, the most generous—bankruptcy code in existence. We didn’t do it by design, but in fits and starts; the hodgepodge of innovations that have helped systematically ensure that debtors get a fresh beginning were as much the brainchildren of grasping creditors as of beleaguered debtors. Nonetheless, our system works so well that other nations are trying to move away from their harshly punitive treatment of insolvent debtors, and closer to our free-and-easy, all-is-forgiven model.

“Our leniency toward those with unsustainable debts helps not only profligate debtors, but the rest of us as well. Less onerous bankruptcy procedures boost rates of entrepreneurship: reduce the cost of failure, and people become more willing to take risks. America’s business environment is much more dynamic than that of Europe or Japan, for many reasons—and our generosity to capitalism’s losers is one of them.”

It seems most people want at least a pound of flesh from the insolvent.  Let’s see how that works by looking at Dubai, a country with no concept of bankruptcy.  As soon as you leave your job in Dubai, your employer has to inform your bank. If you have any outstanding debts that aren’t covered by your savings, then all your accounts are frozen, you are forbidden to leave the country and they throw you in prison.

Yep, that’s just what we need — more people in prison sucking up public monies for their upkeep instead of trying to start businesses and raise their families on the outside.

Prompts for financial and legal professionals:

From Charlotte, NC, Tamela writes books, articles, speeches and presentations for business professionals. From "the road" she writes about the people, places and experiences she discovers and the life lessons she learns from them. Invite her to share some of her lessons from the road at your next event!
Previous Financial Word Clouds
Next Corporate Bankruptcy Word Cloud