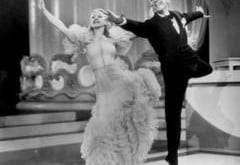 The April, 2009 edition of  The Atlantic featured a two-page schematic on “The unbuilding of an auto plant” near the Hartsfield-Jackson airport in GA.

The story says, “Closing an auto plant is neither quick nor simple, and for a time, the very process of closure creates its own small economy; ultimately, closures can make way for new beginnings. Immediately after the Hapeville plant was formally idled, about 250 workers returned to begin deconstructing the site; more than two years later, demolition and environmental cleanup are still continuing.”

Don’t I know it.  The story of course ties into raging headlines about the shrinking US automotive sector, but it also took me back to my recent past as an owner of an environmental cleaning company where I earned “blood money” closing down Carolinas-based textile plants.  Blood money?  Yes, according to dictionary.com it’s defined as “Money gained at the cost of another’s life or livelihood.”

I have to say, sometimes plants were at their most environmentally compliant during their final shutdowns.  They often skimped on compliance when they were running full bore, but in order to get certificates of occupancy for the next tenants they had wind down the right way.

From Charlotte, NC, Tamela writes books, articles, speeches and presentations for business professionals. From "the road" she writes about the people, places and experiences she discovers and the life lessons she learns from them. Invite her to share some of her lessons from the road at your next event!
Previous Regulatory Purgatory
Next Green Investments and the US Labor Market