Turns out my parents could have saved the money they spent on a piano.  I could have learned to play almost as well in my imagination.

Play Piano, Outrun Mean Dogs: All in your Brain 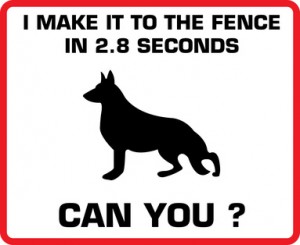 Turns out my parents could have saved the money they spent on a piano.  I could have learned to play almost as well in my imagination.

In a chapter of The Brain That Changes Itself, I learned about an experiment where a “mental practice” group sat in front of an electric piano keyboard for two hours a day and imagined playing a sequence of notes and hearing them played, while the other “practice group” actually played the music on the keyboard.

Both groups had their brains mapped before the experiment, each day during it, and afterward. When each group played the sequence of notes they’d been imagining or practicing, the computer measured accuracy.

What this means to business communicators

This goes way beyond the so-called power of positive thinking. The book reported on a study where the subjects who did physical exercise of a sort increased their muscular strength by 30% while those who only imagined the same exercises increased theirs by 22%.

This has real implications for business communicators. For example, if you were selling widgets or sports drinks to kids in tough neighborhoods, instead of making general claims like “Widget will make you run faster & jump higher,” you should try “Buy Widget to outrun mean neighborhood dogs — even while jumping trashbags and open manholes.”

Not only would more kids try Widget, the visual image of them navigating the urban obstacle course might convince their brains they could do it.

What’s next for Widget? Maybe the kids would start a viral marketing campaign…

From Charlotte, NC, Tamela writes books, articles, speeches and presentations for business professionals. From "the road" she writes about the people, places and experiences she discovers and the life lessons she learns from them. Invite her to share some of her lessons from the road at your next event!
Previous Multi-tasking
Next August Book Lust