Papal encyclicals don't normally hit my radar. But this summer, when the Vatican released what some called a papal white paper on economic globalization and ethics, I took note because of the subject and the fact that so many people ask me "What's a white paper?" Since so few white papers garner any publicity, I'm commenting on this one, released prior to the G8 meeting in Italy. 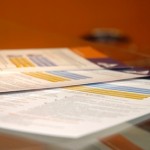 Papal  encyclicals don’t normally hit my radar.  But this summer, when the Vatican released what some called a papal white paper on globalization and ethics, I took note for two reasons.  First, the subject is one of my favorites, and second, because so many people ask me “What’s a white paper?”

Since so few white papers garner any publicity, I’m commenting on this one, timed perfectly to coincide with the G8 meeting in Italy.

Please note that my comments intend no disrespect to the church — centuries of papal correspondence dictate the form this encyclical takes.  My intent is educating business communicators on the places where a business white paper will align and diverge from the style perpetuated by Pope Benedict XVI.

Telegraph with a great title

The official title of the work is Latin, CARITAS IN VERITATE (“Charity in Truth”).  I can’t criticize the church for using its official language, but I can advise business communicators to go with something catchier.

Define the audience and focus on its needs

The pope addressed this message to “the bishops, priests and deacons, men and women religious, the lay faithful and all people of good will.”

Business communicators, don’t ever try to write this broadly.  If you want to reach everyone from Bible scholars to faithful illiterates, do so with different versions for each audience.

State your objective and stick to it

Straightaway, the pope diffuses any notions or potential criticisms of interfering in politics while staking a claim in perpetuating the “mission of truth.”  I’d grade this objective a solid C+:

The Church does not have technical solutions to offer and does not claim “to interfere in any way in the politics of States.”  She does, however, have a mission of truth to accomplish, in every time and circumstance, for a society that is attuned to man, to his dignity, to his vocation.

More clearly stated, I might suggest: The Church maintains its distance from the politics of States (“Render unto Caesar that which is Caesar’s).  At the same time, She speaks directly to individuals in all walks of life,  including statecraft, to apply Christ’s teachings to their daily lives and decisions in all matters, including business, economics and the proper use of modern technologies.

In Chapter One we learn that CARITAS IN VERITATE is an update of a forty-year-old encyclical by Pope Paul VI and we get a recap of that earlier work .

Chapter Two’s first paragraph tells us why the world needs an update:

The economic development that Paul VI hoped to see was meant to produce real growth, of benefit to everyone and genuinely sustainable. It is true that growth has taken place, and it continues to be a positive factor that has lifted billions of people out of misery — recently it has given many countries the possibility of becoming effective players in international politics. Yet it must be acknowledged that this same economic growth has been and continues to be weighed down by malfunctions and dramatic problems, highlighted even further by the current crisis.

Chapter Three diffuses mis-perceptions about “moral interference” with the economy:

(T)he conviction that the economy must be autonomous, that it must be shielded from “influences” of a moral character, has led man to abuse the economic process in a thoroughly destructive way. In the long term, these convictions have led to economic, social and political systems that trample upon personal and social freedom, and are therefore unable to deliver the justice that they promise.

Chapter Four brings it home to individuals with:

Many people today would claim that they owe nothing to anyone, except to themselves. They are concerned only with their rights, and they often have great difficulty in taking responsibility for their own and other people’s integral development. Hence it is important to call for a renewed reflection on how rights presuppose duties, if they are not to become mere licence.

Chapter Five works its way up from the individual to the family and finally, to the entire race:

The development of peoples depends, above all, on a recognition that the human race is a single family working together in true communion, not simply a group of subjects who happen to live side by side.

Chapter Six discusses the proper use of technology, from financial to communications and bioethics:

By analogy, the development of peoples goes awry if humanity thinks it can re-create itself through the “wonders” of technology, just as economic development is exposed as a destructive sham if it relies on the “wonders” of finance in order to sustain unnatural and consumerist growth.

Development needs Christians with their arms raised towards God in prayer, Christians moved by the knowledge that truth-filled love, caritas in veritate, from which authentic development proceeds, is not produced by us, but given to us.

Grade for following a logical outline: A+. 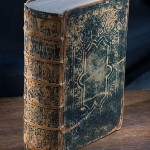 White papers are not editorials or essays.  You must back your claims with research and quotes.

In the church’s case, the pope handled that through scripture and footnotes of earlier papal works.

Business writers need to be careful that the sources they cite are credible to the intended audience of the piece.  For example, when I write for financial clients, I won’t include a news story from USAToday when I can find it in the WSJ.

Again, centuries of custom allow (perhaps even dictate)  using passive voice, but centuries of custom don’t make the papal white paper easy to understand. Business communicators, place your subjects and verbs as close to each other as possible.  Visual cues like bulleted lists and call-out boxes are a godsend (couldn’t resist that).

As I said in another post, good writing requires that you “kill your darlings”  and I have to grade the Vatican harshly on this point.  By including too broad an audience, the encyclical went waaaaay over the heads of most everyone but the scholars faaaaaar too often.

From Charlotte, NC, Tamela writes books, articles, speeches and presentations for business professionals. From "the road" she writes about the people, places and experiences she discovers and the life lessons she learns from them. Invite her to share some of her lessons from the road at your next event!
Previous When to Facebook, What to Facebook
Next Multi-tasking

Learning how to work with two-holed beads while li

First flower arrangement of 2020. A good way to li

Wrote, took a nap, wrote some more with my pal Ann

Of all the pictures I took at Brookgreen this year

I love the cranberry bog with white poinsettias at

Nights of a Thousand Candles at Brookgreen Gardens

I look for this birdhouse every December. Creature